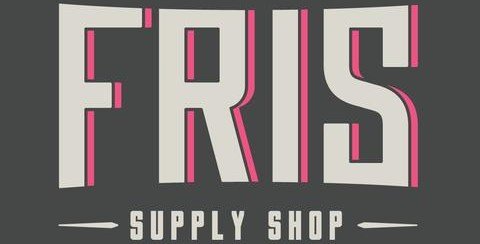 The begining of Fris Downtown date back to 1875, when at 30 West 8th Street in Holland, a building was constructed which housed a bank operated by M. Van Putten. In 1885 the building became a bookstore which sold primarily notions, confectioneries, and newspapers. On January 1, 1900, Lambertus Fris began his stationary business by purchasing this property. This is the same location of Fris Hallmark Shop today.

When Lambertus Fris died in 1907, his son Jacob was only 10 years old, but helped his older brother and sister in the store, as well as selling newspapers on the interurban and the boats which ran from the 8th Street docks to Macatawa. When his brother died and his sister married, Jacob was 17, fresh out of high school, and caring for his ailing mother. He managed to keep the business going and upon his mother's death in 1920 had to purchase the business from the estate. The banks would not loan him anything, but A. H. Landwehr, one of the founders of the Holland Furnace Company, had the confidence to loan him what he needed. Later, when Jacob was forced to buy the building or get out, Landwehr again came to his aid.

In the next several years, Jacob married, began a family, and together with his wife, Sara, literally worked day and night to make the business a success. The product lines gradually changed to a major emphasis on books, magazines, newspapers, and school supplies. Later, office supplies, typewriters, and office furniture were added. The business at this time, and for many years after, was known as Fris Book Store.

During the years following World War II, much of the management of the Fris business was taken over by Jacob and Sara's son, Dale. At this time, the wholesale distribution of magazines, newspapers, and paperback books became a major part of the business and in the late 1940's, this part of the business was moved to a new building at 109 River Avenue in Holland and became Fris News Company. In 1956, Fris News Company was sold to Chris De Vries and moved to a location at 9th Street and Columbia Avenue.